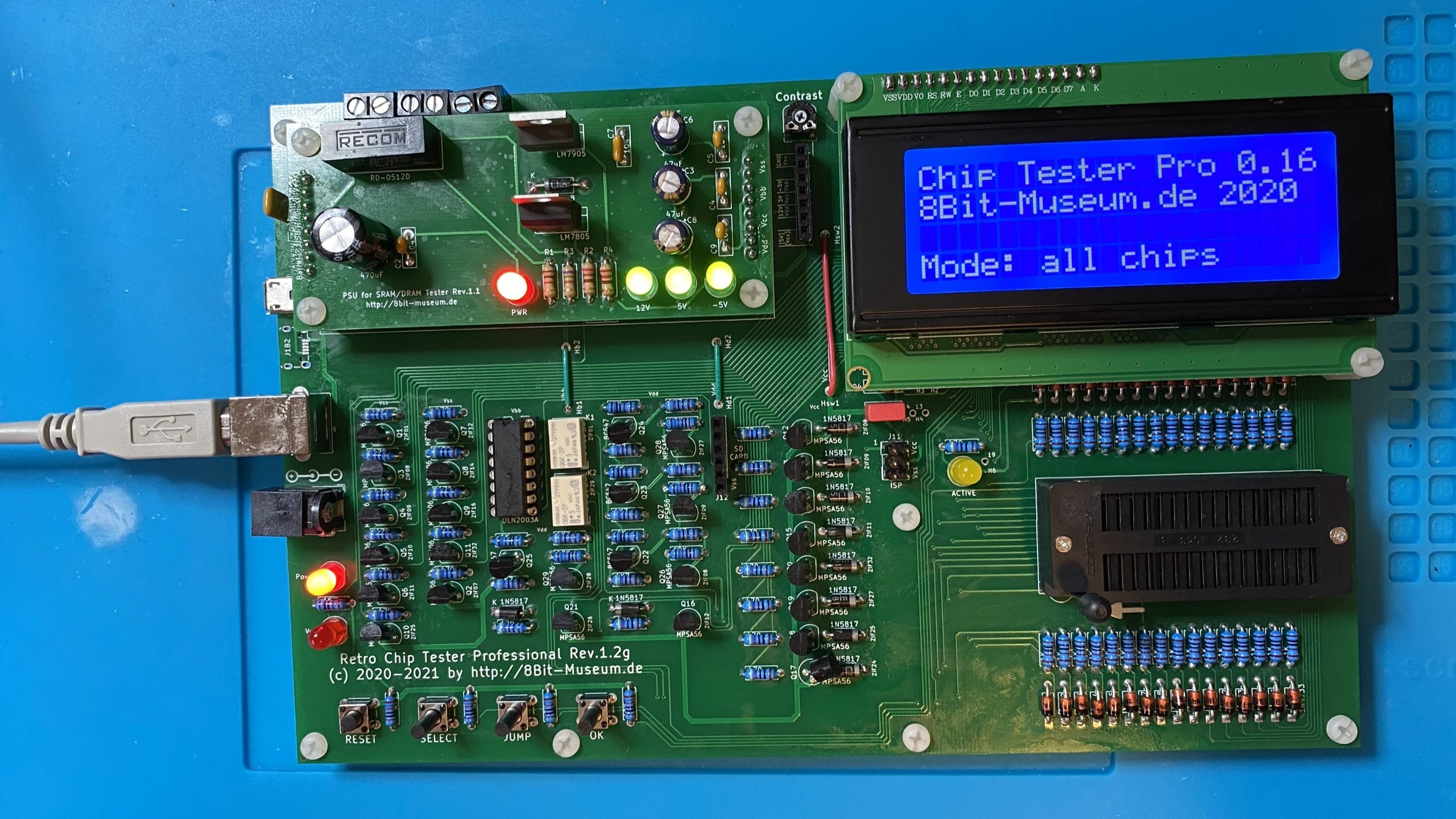 The Chip Tester Pro from the 8-Bit-Museum is a DIY project that started out as a pure DRAM / SRAM tester and has now (after several states  of evolution) matured into a highly professional “almost everything tester”.

After a long time I finally manage to set up the Chip Tester Pro myself.

The author (Stefan) is continuously working on improvements and extensions.

The detailed description of the system can be found here.

A circuit board pre-assembled with the ATMega can be purchased there - simply via the contact form on the website. The answer is usually very prompt. 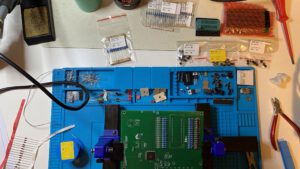 By the way, it's a good idea to use a board with a pre-assembled ATMega. Last year I tried a previous version and failed miserably to solder the "tiny beetle" to the board using SMD technology.

Stefan made a great instructional video - but the combination of bad eyes and not really steady hand was not a good one. So be it, now I have the current version of the board, the ATMega is already on it, and the rest of the through-hole technology shouldn't be a problem. The BoM does not contain any surprises:

The ATMega must be programmed with the firmware before use. You can of course order it pre-programmed from Stefan, but since firmware updates keep coming out, you miss something without a programming device. Various programming devices and any problems that may arise are listed and described in the detailed instructions for the system. I used the recommended Diamex AVR (also on Amazon).

The circuit board arrived within 2 days, the components (due to the current COVID-19 situation) from Reichelt took about a week.

I still had the accessories (display, SD card adapter) lying around. 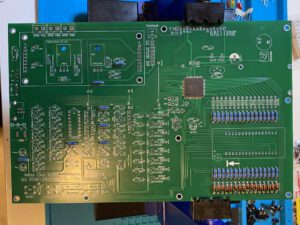 At the same time as sending the circuit board, Stefan sends an email with credentials to download the firmware, instructions and other files. Firmware updates can also be downloaded there later.

The setup went quite smoothly. But there are a few things worth mentioning:

I spread the work comfortably over three days, about 1-2 hours each. Is more relaxing and avoids mistakes. 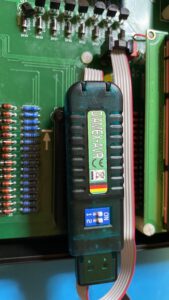 Programming with the Diamex Programmer ran smoothly under Windows 10. The programmer is correctly recognized by Windows (no extra drivers required).

For programming, to be on the safe side, operate the tester without a display and DC board, otherwise too much current could be drawn and the programmer could be overloaded.

Plug the ribbon cable into the 6-pin connector the right way round (red cable is pin 1) and off you go: first set the fuses and then program the firmware (everything is described in detail in the instructions).

The first start-up led to immediate success. The tester started, the power LEDs (including those for the different voltages) lit up - perfect!

As a first test, I scrolled through the menu and tried out the various settings.

After the correct test socket was delivered, I was able to test whether everything was working correctly. Everything is fine, tried right away, testing a few RAM modules and 74 logic gates - it works!

Finally, I wanted to give the tester a stylish case. But since I didn't feel like choosing a suitable one, I tried an existing universal case. Lo and behold: it fitted almost perfectly. The case is available e.g. from a shop for radio amateur accessories, Box73. 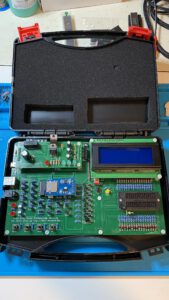 If you use either one of the USB sockets or the barrel connector for power supply, you cut small cutouts in the case. Only the alternatively usable screw connections for the power supply (+ 5V, -5V, -12V) cannot be reached via cutouts due to the case hinges.

The case fits almost perfectly in the depth (clamps itself in optimally so that it neither wobbles nor falls out). At the height, you have to be careful and tricky: the two voltage regulators on the DC circuit board are mounted upright too high. But you can bend them a little backwards (mounting horizontally is not possible due to lack of space), then it fits.

The tester itself is mounted on 5mm long spacer bolts, longer ones don't fit, otherwise the construct would be too high.

Overall, I think it's a nice solution!