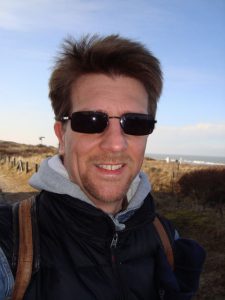 that's me: Michael Meincke, Dr.-Ing. (PHD) of electrical engineering. I was born January, 1970 in Hamburg, Germany, and was raised in the area of Seevetal, south of Hamburg.

After High School (German Gymnasium) I went to the German Army (was still mandatory at that point of time). After that I started learning a profession at a German Telecom company "Telenorma Bosch Telekom" (not existing anymore, was renamed to Tenovis, after a few years ... no idea - just vanished somehow).

Learning a profession was really OK - learned how to solder!! Some other nice skills, too... At least I realised what's going on in economy.

But after 3 years learning and working, I decided to go to university. Changed city (Hannover) and sarted to study Electrical engineering. After passing the exams (Dipl-Ing.), I decided to stay for another 5 years to work towards a PHD.